Winston Churchill Award, is the “Never Give In” award and is given to riders who never lose sight of their goals. Like all of us life gets in way sometimes and you don’t make it to the start line, or something doesn’t go as planned you don’t cross the finish line. Which is okay it happens to all of us at sometime, but what makes to the difference is how we react to it, and what we do about it. The winners of this award are riders who decided to finish what they said they were going to do. They came back and crossed that White Mountain Double Century’s finish line.

A SPECIAL CONGRATULATIONS go out to the recipients of this award with a 20% discount on their next entry into the White Mountain Double Century. 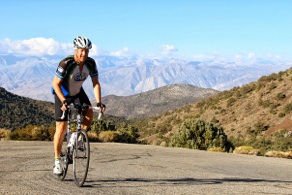